This is the first in a series of new posts which should be sub-titled “New Shoes for the Cobbler’s Kids.”

Anyway, the better part of the last year has had SARSEF and ScienceFairWare two of the biggest projects taking priority. … Read the rest

If you like cars, planes, motorcycles, trains, or just about anything that goes fast, and you like to read, this website could quickly become a major occupier of your time.

Now that you have been warned, go check out … Read the rest

The National Coalition of Associations
of Seven-Eleven Franchisees

My first reaction was “you really need to do something about that name.” It was quickly made clear to me that not only has the National Coalition … Read the rest

New Site: On the Menu…Live! 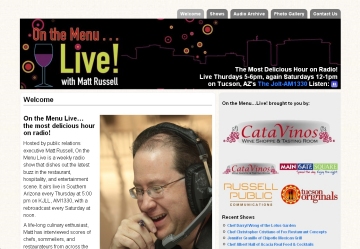 Good friend and fantastic foodie Matt Russell is on the radio every week in Tucson from 5pm to 6pm (and rebroadcast on Saturdays too). Now he’s got a cool looking website to go with his show! Check out On the … Read the rest

Can People Find Your Business? 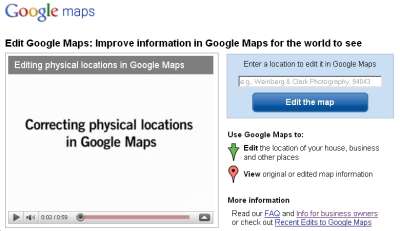 If you have a location that you want consumers to find, search for the address in Google. You may find that the marker for your location is off by a building or two, or as much as a block. You … Read the rest